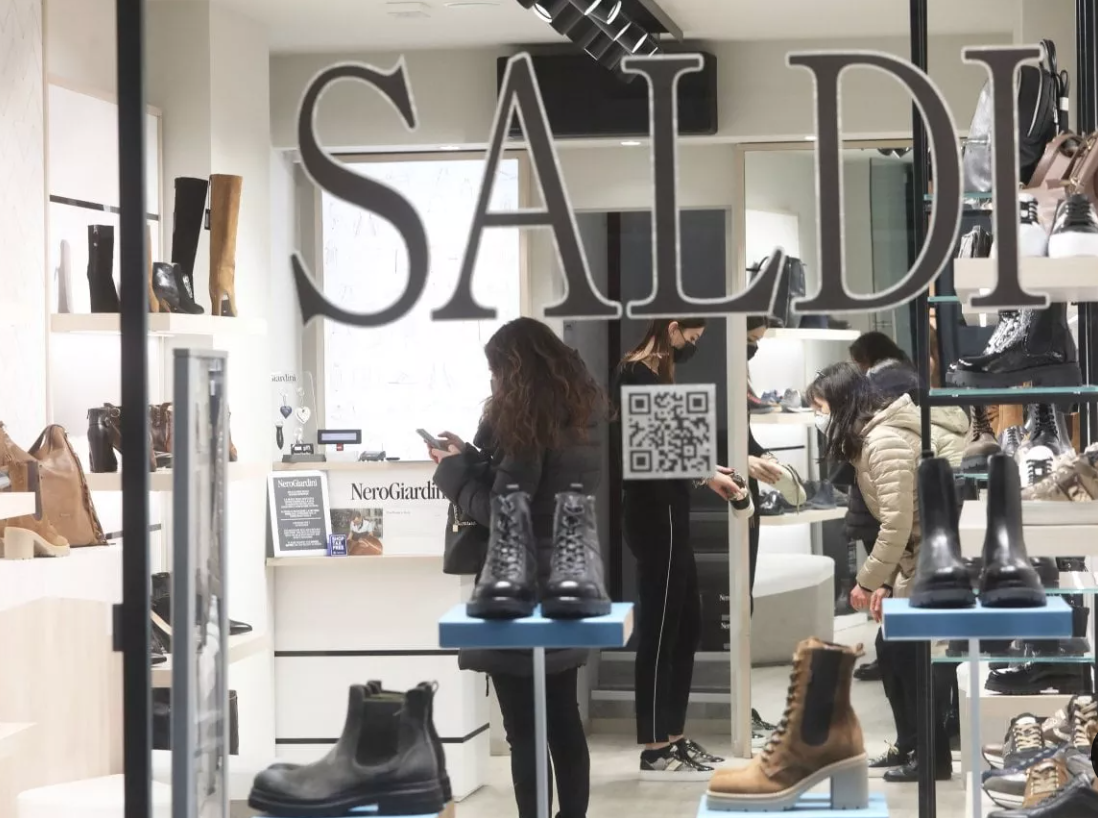 The countdown to the start of the 2023 winter sales throughout Tuscany has begun. The dates of the winter sales have already been confirmed. Once again the discounts beat the arrival of the Epiphany and many shops are already offering special promotions for customers who have loyalty cards.

The start of the winter sales in Florence and Tuscany is January 5. This is also true for many regions of Italy like Lombardy, Emilia Romagna, Veneto, and Sardinia. The discounts started early in Basilicata and Sicily where bargains appeared in shop windows as early as January 2, and in Valle d’Aosta on January 3. In all other regions including Tuscany sales begin on the eve of the Epiphany holiday or “La Befana.”

In Italian folklore, the Befana is an old witch who comes after Christmas on the night before the Epiphany and delivers more gifts. According to legend the Magi stopped to ask the Befana directions to find infant Jesus and then asked her to join them. Usually, the night before the Epiphany kids leaves their shoes next to the doors or hang up a stocking and wake up with many treats and goodies.

In Tuscany, discounts could last in stores a maximum of 60 days provided that there is still stock left in the shops. Generally after the first few weeks of promotions, merchandise is discounted further and are gradually replaced for the spring-summer collection.

There is expected to be an increase in sales this year of 5-10%. Predictions claim that during these discounts the average person will spend €133 compared to last year’s €119 and that 6 out of 10 people will take advantage of the discounts.

There are expected to be few purchases of down jackets and coats given the above average temperatures and more acquisitions of capes, ponchos, scarves, sneakers, and knitwear.  Shops are not obliged to have customers try on or return clothing but all must accept credit card purchases.