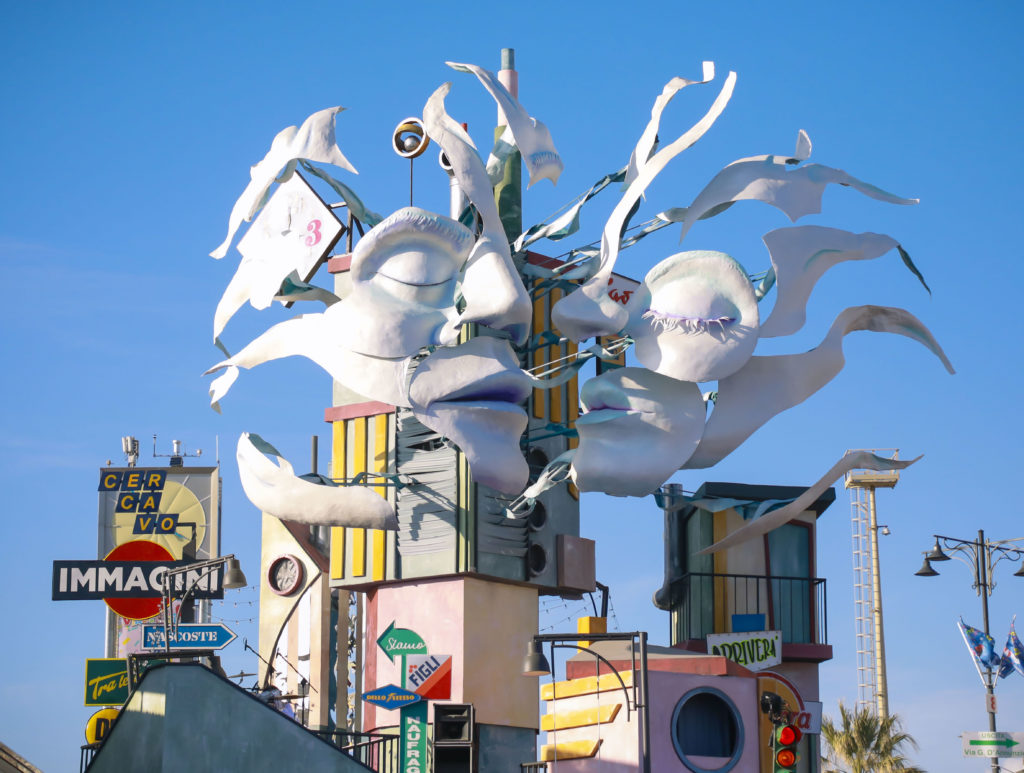 The prize winning floats of the 2022 Viareggio Carnival were announced at the last parade down the seaside boulevard four days into Lent.

Second prize (but in our opinion the best in show, pictured above) went to “E’ quindi uscimmo a rivedere le stelle,” (And therefore, we will go out again to see the stars). The title quotes the last line of Inferno (Hell) in Dante’s Divine Comedy in the hope, after many trials and tribulations due to COVID, people will be able to go out again, embrace each other, return on a path of self-discovery and see the stars. The beautiful float by the victorious Cinquini Brothers depicts two sides of a human face, male and female, reuniting after trials and tribulations.

All floats (carri) in the parades gave a satirical visual representation on a theme and are entirely handmade. Skilled attention to detail are not lost in the craft, with some of the largest floats towering at 65 feet or 20 meters over the crowds and weighing about 40 tons. 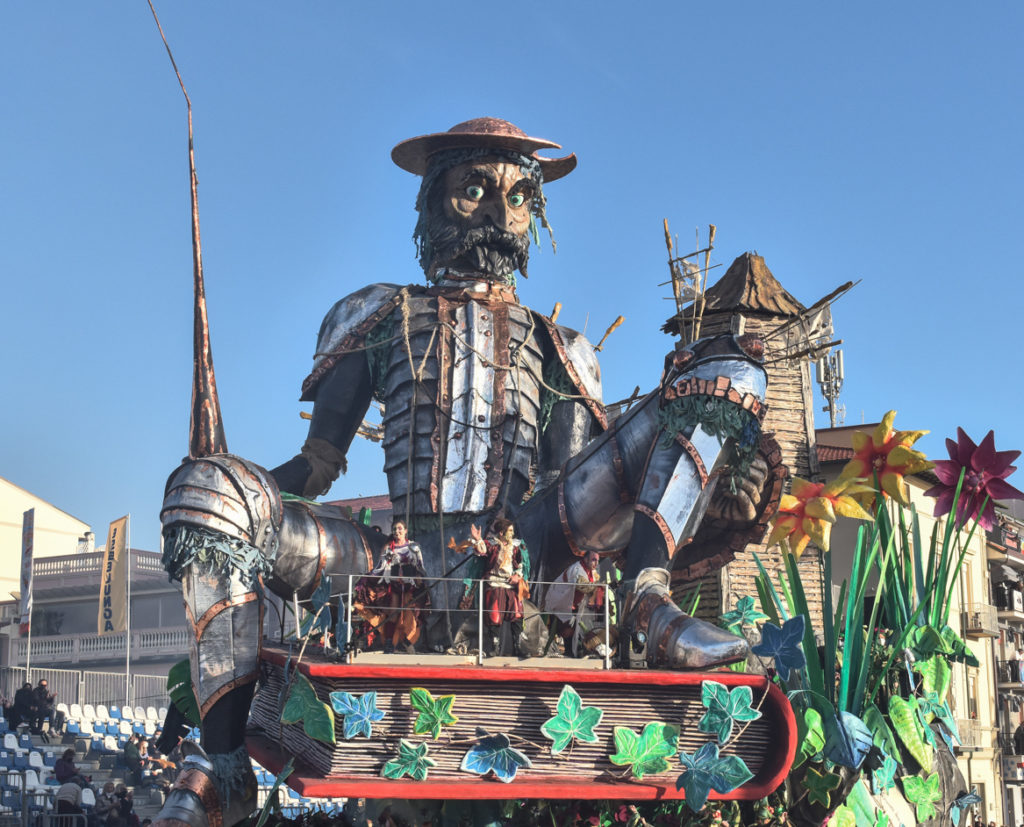 The float entitled “The Dreamer,” showcasing Don Quixote, a dreamer who never gave up, was the grand prize recipient. With his image in the center, the windmills in the background represent the seemingly omnipresent pandemic, but after a fall, Don Quixote and the onlookers are invited to continue to get up and look forward.  “The Dreamer” is the brainchild of Jacopo Allegrucci.

All floats, remarkable works of pop art, entirely of paper-mâché, are pulled by concealed tractors. Teams of men and women inside each work the multiple moving parts manually, pushing and manipulating an arrangement of ropes, pulleys and levers. 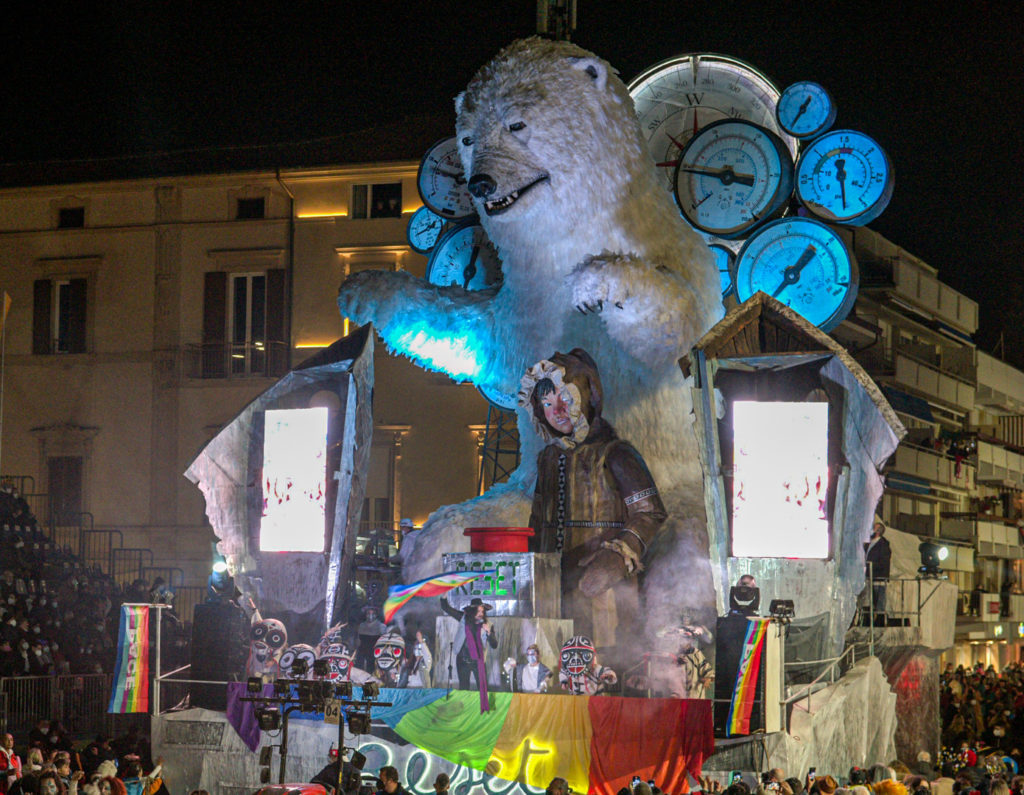 This spectacular event filled with culture and tradition is a showcase for the floats that are presented to look back on significant issues that occurred within the last year. In the past, the floats were based around politics, but now the Viareggio Carnival seems to be shifting a focus towards the environment and social issues.

The third prizing winner,“Reset,” depicts a polar bear afloat on a small piece of iceberg holding a mechanism that that world leaders should “reset” to turn back the effects of climate change.  “Reset” was created by Lebigre and Roger.