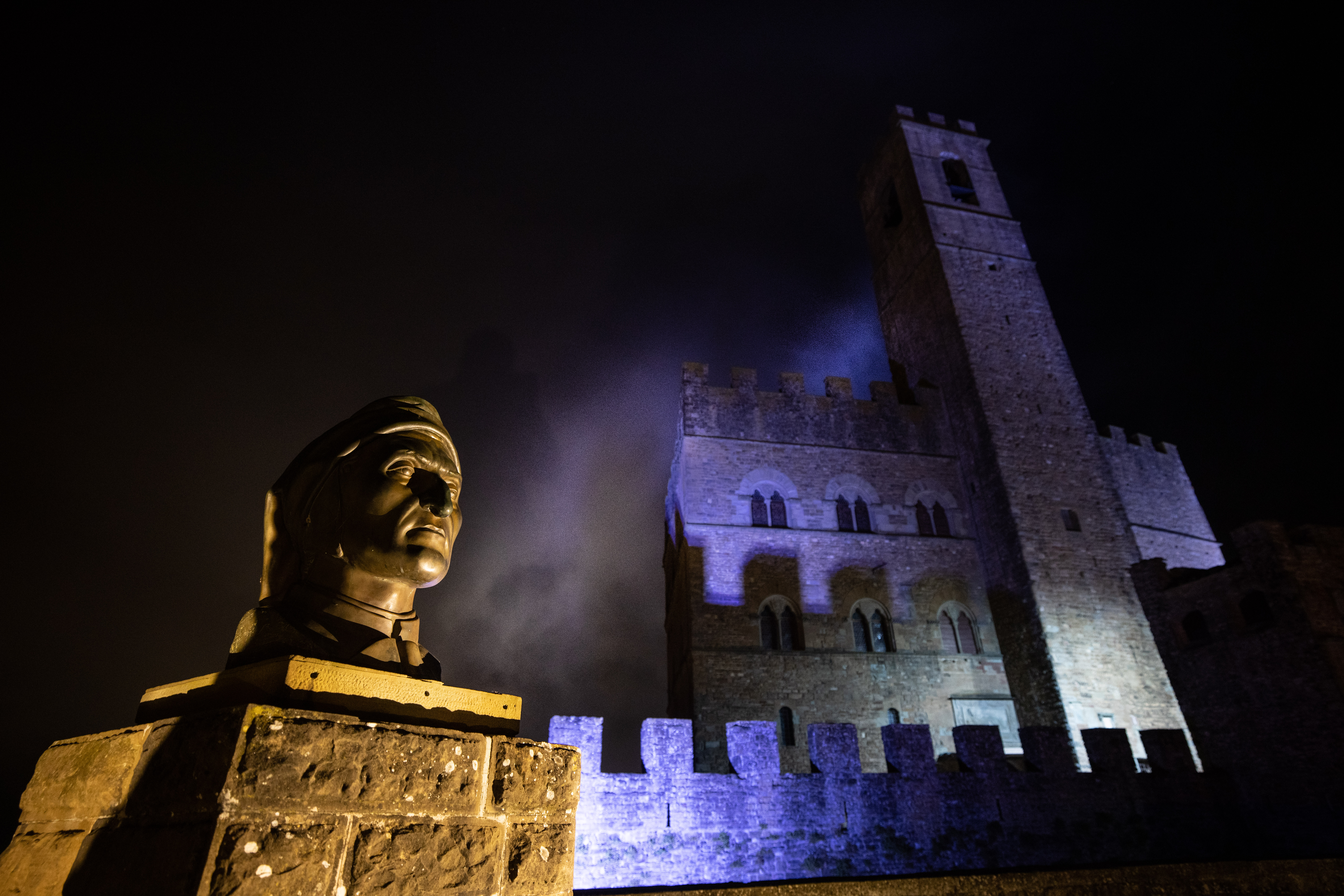 The Uffizi Gallery and the Cassa Risparmio di Firenze Foundation are collaborating on the project “Terre Degli Uffizi” (The Lands of the Uffizi) and presenting exhibitions towns throughout Tuscany.  Uffizi Diffusi translates into Uffizi Widespread and describes the museum’s efforts to enhance the Tuscan territory by bringing works normally kept by the museum to towns outside of Florence.  The initiative also focuses on the commemorative events around the 700th anniversary of the death of Dante Alighieri the museum also endeavors to reveal the connection between the region of Tuscany and the Uffizi collections.

The first show, entitled “In the Name of Dante,” (Nel Segno di Dante) opened in Poppi (in the Casentino, province of Arezzo) on July 17 and will run through November, bringing the work ‘Francesca of Rimini in Dante’s Inferno’ a recent acquisition of the Uffizi, to the town.  The artist, Nicola Monti, a 19th century neoclassical painter, hailed from Pistoia.  Other works include pastels by Beatrice Ancillotti Goretti and three 15th century drawing by Federico Zuccari.  The exhibition can be visited in the medieval Castello dei Conti Guidi of Poppi where legend recounts that Dante composed some of the cantos of the Divine Comedy. Running through November 17, hours are Monday through Thursday 10 am to 6 pm and Friday through Sunday 10 am to 7 pm; admission €5 – 7.

Next an exhibition entitled “The Civilization of Arms and the Courts of the Renaissance” (La civiltà delle armi e le corti del Rinascimento) comes to the visitor center of the Casentino National Forest Park in Castagno d’Andrea, a village 7 km. (a little over four miles) from San Godenzo.  The show, which revolves around the portrait of Dante by Andrea del Castagno a native of the village of Castagno d’Andrea, is hosted by the visitor center until September 5.  August hours: Wednesday through Sunday and holidays 9 am to 5 pm and September, Saturday and Sunday 9 am to 1 pm.  Free admission.

From August 12 to January 6, 2022, a continuation of “The Civilization of Arms and Courts of the Renaissance” display comes to the Museum of the Battle of Anghiari (Museo della Battaglia e di Anghiari) in the town of Anghiari.  The exhibit focuses on the relationships between Florence and the surrounding towns, particularly Anghiari’s role in providing men-at-arms loyal to the noble families of Florence.  Housed in the splendid Marzocco Palace, the museum also has an excellent exhibition on the lost Da Vinci masterpiece named after the battle.  Summer hours: Monday through Sunday 9:30 am to 1 pm and 2 to 6:30 pm.  Winter hours: Monday through Sunday from 9:30 am to 1 pm and 2:30 to 5:30pm.  Admission €2 – 4.  (rita kungel)