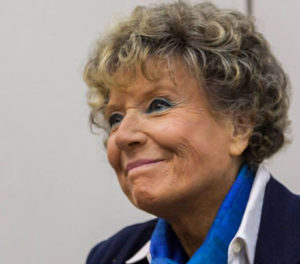 November 6 – 8: PISA BOOK FESTIVAL. Palazzo dei Congressi, Pisa. Open daily 10 am – 8 pm. Admission €5 Saturday and Sunday, free on Friday as well as for those until 18 and the physically challenged.

Now in its 13th edition, the sounds of music of the Royal Highland Company Pipes and Drums will open the Pisa Book Festival, and independent publishers’ fair, thanks to the fact that Scotland is this year’s literary guest of honor.

For three days editors, publishing houses, authors, journalists, translators and readers will animate the various seminars, meetings and presentations on the international world of books, focusing on those in Italian.

Pisa is a fitting environment for such an event.  It was “the city of silence” of Virginia Woolf that inspired her book Flush, the novel based on the life of the poet Elizabeth Barrett Browning.  Woolf followed in the footsteps of Percy Bysshe Shelley who lived upon the banks of the Arno with his wife Mary, the author of Frankenstein, while Lord Bryon composed Don Juan in Palazzo Lanfranchi.  Not far away is the Gulf of Poets, immortalized in the paintings of the J.M. William Turner and a favorite with various other artists such as D.H. Lawrence, George Sand, Gabriele D’Annunzio and Filippo Tommaso Marinetti.

At the 2015 Pisa Book Festival, literary tradition continues with Dacia Maraini, a renowned writer with novels translated in 20 languages, who will present her latest book co-written with Joseph Farrell La Mia Vita, Le Mie Battaglie, which translates to My Life, My Battles (Sunday, Nov. 8, 4 pm, Sala Pacinotti).  In addition, the public will be introduced to over 60 hardcovers covering a wide range of subjects from historic novels set during the Roman Empire and biographies of its emperors to a series of mysteries that take place in the city of Bordeaux.

INTERNATIONAL GUESTS
Featuring 150 publishers and over 200 events, there will be a special spotlight on the literature of Scotland at the festival.  Head of the delegation is Joseph Farrell, professor emeritus of the University of Glasgow and leading Scottish expert in Italian literature, along with Nick Barley, the director of the International Book Fair of Edinburgh, and Aly Barr of Creative Scotland, a developmental agency for the arts.

Allan Massie, a journalist and a writer of historic fiction considered the dean of Scottish literature, will inaugurate the events beginning Friday at 11 am in Sala Pacinotti.  His book A Question of Loyalties explores the adventures of an Anglo-French protagonist who returns to France after the Second World War to discover the truth about his father (Saturday, Nov 7, 5 pm. Sala Pacinotti).

Among the other international guests is Kirsty Logan, whose piece The Gracekeepers interweaves fantasy and reality with a special use of language (Friday, Nov. 6, 5 pm. Sala Fermi) and William Mc Ilvanney, nominated by the Telegraph as one of the 50 must-read mystery writers, will be present via a video conference (Friday, Nov. 6, 12 noon, Sala Pacinotti).

CAFFE’ REPUBBLICA
During the festival a series of informal meetings and conversations, in collaboration with the daily La Repubblica, will be occurring on the ground floor of the Palazzo dei Congressi.  Journalists and editors Laura Montanari and Fabio Galati will moderate discussions with guests, including Tomaso Montanari, art historian and television conductor of the program “La Liberta’ di Bernini” on Rai TV’s Channel 5.  He will discuss the Italian government’s responsibility towards its cultural heritage on Friday, Nov. 6 at 12 noon.  In what promises to be an interesting twist, Adriano Fabris, professor of Moral Philosophy at the University of Pisa will talk about the use of Twitter (Saturday, Nov. 7, 12 noon).

Also present will be Jenny Fagan, a writer and journalist for the New York Times, The Independent, and Marie Claire, who will speak about her book Panopticon about a detention center for deliquent youths where a 15 year old inmate discovers to be part of a clandestine experiment.  The story will be made into a film by Ken Loach (Saturday, Nov. 7, 4:30 pm).

LITERARY TRANSLATIONS
The Pisa Book Festival is hosting a workshop dedicated to English-Italian literary translation. The first part is an overview covering linguistic analysis, cultural and literary context in addition to the use of tools and resources both in print and online (Friday, Nov. 6, 10:30 am -12 noon).

The day will continue with a seminar about the work of the American poet Wallace Stevens and award-winning writer Ewan Morrison, who will discuss the translation process of his novel Swung with the Italian translator Giuseppe Marano.

READINGS
Donald Murray, the author of Herring Tales, and Ghjacumu Thiers will give readings in traditional Gaelic and Corsican, respectively (Sunday, Nov. 8, 5 pm, Sala Pacinotti).  James Robertson, author of numerous novels based on Scottish history, including And The Land Lay Still and The Professor of Truth will collaborate with writer Luca Ricci on a dual language excerpt from Robert Louis Stevenson’s classic The Strange Case of Dr. Jekyll and Mr Hyde (Friday, Nov 6, 6 pm, Sala Pacinotti).

JUST FOR KIDS
Creative projects and art workshops will be offered throughout the festival for those 14 and under.  One involves Knock-Knock, a creative game aimed at teaching English with the friendly bear Momo (two sessions will take place Saturday, Nov. 7, 4 -6 pm.)  There will also be a show of original drawings by the illustrator and children’s book author Ross Collins titled “Imaginary Friends” at Pisa’s Palazzo Blu exhibition space until February 15.

These are but a few of the highlights of a festival designed for all devotees of the printed word.  Complete program at www.pisabookfestival.com.  (celeste giampietro collins)