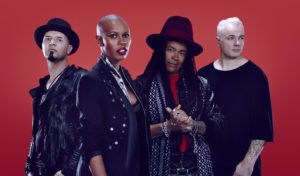 Since 1980, the Pistoia Blues Festival has been bringing sweet sounds to the hills of Tuscany. After headlining artists such as Lou Reed, Bob Dylan, and Jack Johnson, this year’s event (July 5–15) will continue the tradition of showcasing talent with musicians such as Bastille, The National, and Damien Rice.

Set in the beautiful Piazza del Duomo in Pistoia, this festival has filled the scene with classic blues, true to its name, along with pop, rock, indie folk, and a number of other genres and cross-genres.

Before the actual festival begins, music fans more interested in pop-based sounds can attend a concert featuring international singer Mika on Tuesday, July 5. A solo act singing in both English and French, Mika has evolved from a layered pop sound, perfect for dancing, to a more simplistic pop that exudes his creativity.

Wanting to participate in the festival, but on a tight budget? Music lovers are invited Italian Blues Night on Saturday July 9, completely free of charge. As the first official concert of the festival, the evening will highlight local sounds.

The festival will continue with famed musicians from across the globe. On Monday, July 11, Pistoia welcomes English indie-rock band Bastille. Having just formed in 2010, the group catapulted to fame — and it is easy to hear why. The strong bass, skilled harmonization and vivid lyrics produce music that is difficult to resist.

When lead singer Dan Smith chose the name, he had no idea how the group would revolutionize the British music scene; he was merely thinking of his birthday, July 14 (France’s Bastille Day). Their debut album Bad Blood went straight to number one in the UK, before going on to become the biggest-selling digital album of 2013. In February the following year, Bastille was named best breakthrough act at the Brit Awards.

The following evening, two acts impressive in their own right come together and give an unprecedented performance: one time only for Pistoia Blues, indie rock band The National and Father John Misty are scheduled on Tuesday, July 12.

The National, formed in Ohio and now based in Brooklyn, finds its voice through many blues and jazz influences, as demonstrated through its slower, sultrier sounds. With gigs across the globe, four of the band’s albums were included on NME’s (New Musical Express) list of the 500 greatest of all time.

Joining them will be Father John Misty, an American musician who has been a part of widely recognized and appreciated bands, including Fleet Foxes and Pearly Gate Music, and now performs as solo as a singer, songwriter, guitarist, and drummer. His most recent album, “I Love You, Honeybear,” highlights a wide range of emotion and stylistic choices, delivered in his distinct folk rock style.

The final night of the festival will host singer-songwriter Damien Rice (July 16). Before embarking on his solo career, Rice worked as a farmer in Tuscany, and is now returning for his only concert in Italy during his upcoming tour. An Irish musician who is also known for his philanthropy, Rice’s folk rock sound and soothing voice creates the perfect atmosphere for festival-goers to lose themselves in music.