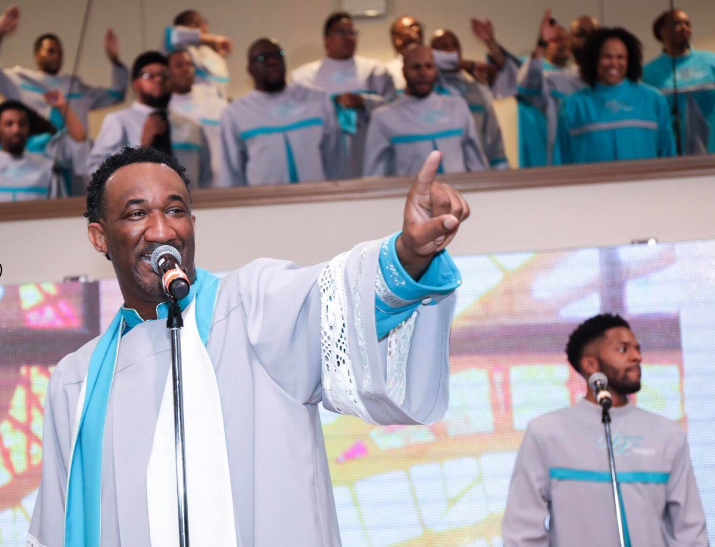 Ring in the holidays this year with the Tuscan Gospel Music Festival, which celebrates its 22nd year, arriving in multiple cities all over the region.

Beginning in 1996, this event has grown into one of the largest and diverse music festivals in the region incorporating one of the most popular musical genres of American music. In the Gospel Festival’s 22 successful years, it has provided performances from almost 3,000 artists part of over 300 different choirs.

The Tuscan Gospel Festival invites only extraordinary performers from all over the U.S. to sing and represent this part of the American identity. Through their concerts they will tell the original story of gospel music and its roots in the deep South as well as in cities, a genre that began as a way of bringing people together. This movement driven by the souls of people expressing a desire for liberty and solidarity for one another in good and troubling times.

This year, the organizers’ goals haven’t changed, they believe that in order to experience gospel audiences have to see it and listen to it at same time. The festival has added four new cities making it a total of 20 different stages in two weeks on the Tuscan tour. The choirs will sing in churches, theatres and squares of small towns and big cities; some concerts will have free admission and others are accessible at reasonable prices. The Tuscan Gospel Festival offers a wide variety of sound and each performance is different from another.

Roderick Giles is the leader of the native Washingtonian town group, where he got his start being a part of the world-renowned Easter High School Choir. At the age of 13, Roderick was already a lead soloist singing in an esteemed choir in Europe for a few years. After this, he created two successful groups “EXTOL” and “Grace” performing in multiple locations including the White House, the Washington Convention Center and BET Bobby Jones Gospel Show.

Perfect Harmony the Voices of Victory

Beginning in 1992, The Voices of Victory formed by Jennifer Ingram and her two daughters Chrystol and Nicole, have dedicated their love and talent for music by forming this group and performing all over the world. Together they created the group Perfect Harmony in 2002, believing that to create perfection, a person must feel passionately and driven about what they love to do. With albums dropping, record label deals and performances all over, this group has become highly in demand and will be returning this year at the Tuscany Gospel Festival.

Thursday, Dec. 28 at Calenzano in the Manzoni Theatre (9 pm)

Front man and leader of the Abundant Life Gospel Singers, Eric Waddell brings a lively and energetic group of singers and musicians together to interpret traditional gospel. After seven years together and starting out in Baltimore, Maryland this group has toured all over the United States sharing their evangelical sound.

Cedric Shannon has been a part of the church’s active choir back in the US, performing at the Central and Performing Visual Arts Schools in St. Louis, Missouri. Cedric has also produced a popular album called “Psalms and Deliverance.” Cedric leads this group, who debuted in Italy in 2001 when they sang at the “Concert in the Vatican” for Pope John Paul II. This year they will continue to offer moving performances.

Monday, Jan. 1 at Prato in the Metastasio Theatre (5 pm)

The New Orleans Gospel group came together in 2005 when preparing for their debut in the Tuscan Gospel Festival. The decision to form this group came with the intention to do special fundraisers in order to help struggling musicians and their families after Hurricane Katrina in New Orleans. Led by Jan Randolph who began singing at the age of three, she continued to make music her life by releasing albums and finally joining the group. The group shifts in size but always has four musicians playing piano, bass, guitar, and drums. Together they always produce an exciting show for the public.