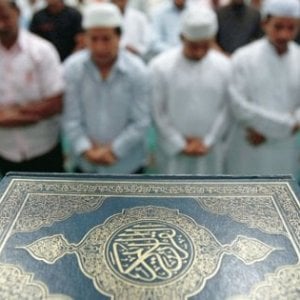 After years of searching for a suitable location in Florence, it has been announced that a new mosque will be built in Sesto Fiorentino. The Florence Curia have given their OK for a new place for Islamic worship on church property in via Pasolini. Concurrently, the University of Florence is selling the adjacent property to the Diocese of Florence so that a Roman Catholic church may open a new religious center.

The area that the University has given over to the Islam community is located directly opposite the Madonna del Piano Church in the hope to almost bridge communities.

The Diocese of Florence has worked together with the local imam, Izzedin Elzir, to organize a venue for those seeking to practice Islamic teachings. As well as serving as a mosque, the building will include a cultural Islamic centre with the hope of acting as a solution for the lack of Islamic worship venues in greater metropolitan area.

The Archdiocese will also be purchasing more land currently owned by the University of Florence’s Department of Science which is planned as a site for a new church.

According to the latest reports, the contract will be signed Friday, December 22.

The local imam says; “we will still continue to search for a new place for a Florence mosque: the mosque in Sesto will serve the needs of residents of the area.”

The Archdiocese has adhered its initiative to help respect and integrate other beliefs and religious traditions into Florence through this agreement. In the same way, the University of Florence works under the rule: “try to prioritize opportunities to meet new people in which you can converse and share each other’s religious experiences and traditions.”