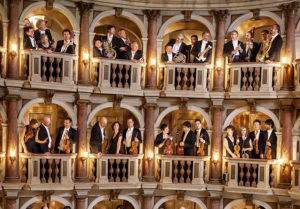 For a special musical start to the month’s festivities, head to Pisa’s Cathedral for a Christmas concert on Sat. 16 at 9 pm. Be transported back to the 18th century with the help of the sounds of Mozart, interpreted by the Pisa Cappella Group and the Mantova Chamber Orchestra (free entry until places filled).

Riccardo Donati will conduct both the Cappella Group and Chamber Orchestra to deliver a resonate performance of some of Mozart’s greatest works; Te Deum in D major KV 141, Laudate Dominum in F major KV 339 and Krönungsmesse in D major KV 317.

Te Deum, written towards the end of 1769 is highly regarded in terms of sacred music and lead Mozart to further expand his musical career. Inspired by Haydn’s rendition of Te Deum from 1760, Mozart pays commemoration to yet another great composer, devising an almost exact interpretation of Hadyn’s original piece. Mozart’s edition is still as captivating, enchanting as it is with its traditional southern Germanic sounds.

Krönungsmesse, (Missa brevis, or short mass setting) will provide a new and original type of musical production designed for a Coronation Mass. This type of composition, typical and characteristic of Mozart was put together in 1779 and was deemed as one of the most popular of Mozart’s works performed at royal ceremonies. In contrast with the 1777 Marian Mass in B flat, Mozart’s is more elaborate and solemn with evident and striking differences.

Laudate Dominum in F major KV 339 or Vesperae de confessore (Solemn Vespers of the Confessor) as it is known, is a sacred composition written in 1780, in which the setting was composed for liturgical use in the Salzburg Cathedral. The characteristic element of the piece is the solo soprano delivered over the background sound of a morbid coral chant. The musical composition is so enchanting with its poetic-like lyrics that it is one of a kind.

Concert conductor Donati was born in Pisa in 1965 where he started his piano studies. He later graduated from “L.Cherubini” in Florence (Art Academy) in organ composition with the highest grade of his year. At the age of 13 he had already achieved the title of “second organist” at the Pisa Cathedral where later in 1980 he became the first organist. He continued his studies by attending a liturgical music course and gained the necessary skills to become the conductor of Pisa’s Cappella Group in 1992 where he continues to organise a concert every Sunday during the Church’s liturgical functions.

Founded in 1556, the Pisa Cappella Group has now been in the limelight for many years and has since received great success in Tuscany. The group typically performed in Pisa’s Duomo with a solemn rendition of the Gregorian chant (sacred Roman Catholic Church song, recited by choirs of men and boys in churches). The cappella maintained this traditional arrangement of male voices until 1992 when they attempted to improve their solemn liturgies with the inclusion of female voices. Now, the cappella’s repertoire made up of sacred and liturgical music extends from the Gregorian genre to contemporary. The concert will be enveloped in the solo voices of Marina De Liso (soprano), Sara Bacchelli (alto), Sangtaek Ho (tenor) and Piermarco Viñas (bass) all part of the Pisa Cappella Group.

Mantova Chamber Orchestra was established in 1981 and straight away caught the public’s attention for their technical brilliance and innovation in their musical arrangements, so much so that in 1997 they received the “Abbiati” award for best chamber orchestra. Over the course of the group’s career, it has collaborated with some of the most appreciated international conductors and soloists. The chamber orchestra has also been involved since 1993 in projects concerning the promotion of local, traditional music in the area. In 2013 the ensemble created the Mantova Chamber Music Festival, an event, which takes place every year in many of the city’s important art museums and other principal buildings.