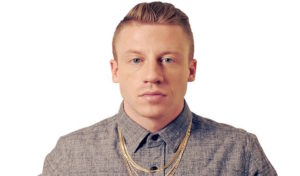 The silky smooth voice of Lauryn Hill will also be serenading Lucca this summer with special guest tenor saxophonist Kamasi Washington on July 8.  The R&B legend is best known for being a part of the hip-hop group the Fugees, and for her record breaking 1998 solo album The Miseducation of Lauryn Hill.

The next night, July 9, the arena welcomes prolific Italian composer Ennio Morricone, on his 60 Years of Music Tour. The Roman native is known for his collaboration with various Hollywood directors, including over 500 scores for cinema and television ranging from spaghetti westerns to “Cinema Paradiso.”  Nominated for six Oscars, in addition to an honorary Academy award, he finally won Best Original Musical Score for Clint Eastwood’s “Hateful Eight” in 2015.

Nine-time Grammy Award winner Mary J. Blige (July 12) is a staple in the R&B world and has sold more than 50 million albums worldwide. Her long music career has also expanded into film and television, including a Golden Globe nomination for her work in “The Help.”

Young American rapper/music producer duo Macklemore and Ryan Lewis’s only Italian tour date this summer will be Lucca on July 22. They are most famous for the buzzing hit Thrift Shop – which reached number one on the US Billboard Hot 100 in 2013.  (tessa lucia debole)